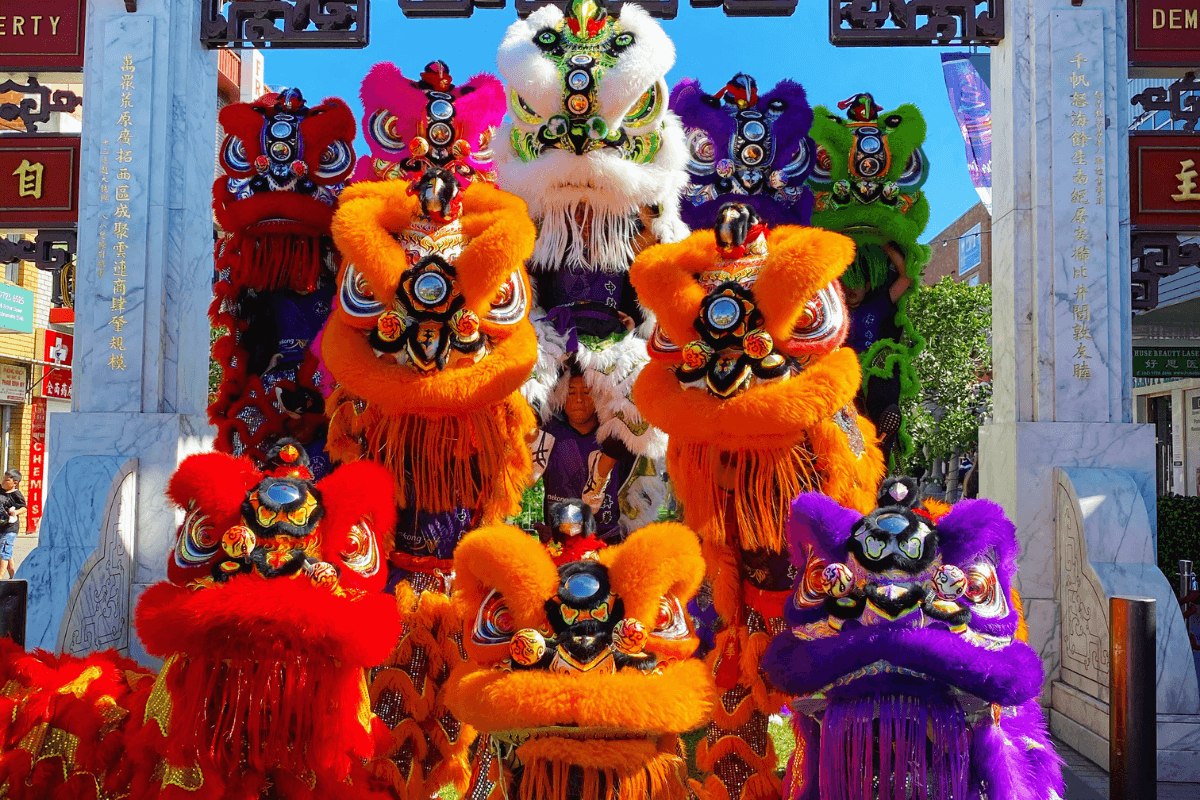 It’s that time of the year again, the Lunar New Year, also known as the Chinese New Year or the Spring Festival. While the west celebrates the new year based on the Gregorian calendar, the Chinese and other East Asian countries base the coming of the new year on the Chinese Lunar Calendar.

A Brief History of the Lunar New Year

A clear history of the Lunar New Year and its associated celebrations doesn’t really exist. Just various snippets of information have been passed down through the ages. There are reports (or rumours) that celebrations first started as far back as 1600 BC, where the Chinese Shang Dynasty placed importance on the Lunar New Year. The purpose back then was to please the gods so they would bless the coming year’s food harvests. This was achieved through offering various sacrifices in return for supernatural favour.

Despite these early celebrations under the rule of the Shang Dynasty, there was no fixed date or time of year for the Lunar New New until the Han Dynasty came into power between 202 BC and 220 AD. The Han Dynasty decided the Lunar New Year would be celebrated based on the Chinese lunar calendar, choosing the first day of the first month.
While sacrifices to various gods they worshiped at the time were still a part of the festivities, things expanded to the point where families began getting together to celebrate the occasion. This is also when the habit of staying up late to see in the new year came about.

As time passed and various dynasties came and went, new year celebrations evolved even further. Familiar activities such as lighting firecrackers became synonymous with Lunar New Year celebrations, as did lion and dragon dancing, lantern shows, eating things like dumplings, getting together with relatives and much more.

How Do They Celebrate the Lunar New Year In East Asia In Modern Times?

Decorating the home and the streets is one of the most common practices you’ll see in East Asian countries (especially China) when Lunar New Year celebrations are about to get underway. The Chinese adore red and gold, so you’ll see streamers and lanterns crafted from these two colours.

Sacrifices do still take place but in modern times, families tend to offer sacrifices to honour their ancestors rather than seeking blessings from the gods. A common practice is going to the grave site of an ancestor and offering a sacrifice there, allowing their deceased ancestor to eat first before the family goes on to enjoy a reunion dinner later.

The reason it’s called a reunion dinner is that members of the greater family will often travel far and wide, so everyone can gather together in the one location, reunite and celebrate that reunion and the New Year with a feast. It’s traditional for dining to take place around round tables. It’s virtually expected for family members to get together at Lunar New Year.

The exchanging of red envelopes is also common practice in today’s Chinese New Year celebrations. Inside the red envelope is money and these gifts are generally given to either retired seniors in the family or to children. It’s to portray a blessing for the year to come, as well as safety and peace. Superstition dictates that denominations must be in even numbers only.

Of course, one of the celebrations that most people associate with the Lunar New Year and any New Year’s Eve celebrations is the lighting of firecrackers and fireworks displays. After all, what new year celebration would be complete without some fireworks? Originally, the noise of the firecrackers was designed to scare away evil spirits, whereas today, it’s more about feasting your eyes on a colourful visual spectacle.

With such a large Chinese population in the country and the willingness of Australians to accept and adopt the celebrations of different cultures, you can find Lunar New Year celebrations taking place all around the country.

Sydney itself is one city that boasts numerous Lunar New Year celebrations, so locals and visitors to the city are really spoilt for choice when it comes to options to see in the traditional Chinese New Year.

If you’re out in Sydney’s Western Suburbs and you’re wondering where you can go to get involved and immerse yourself in the vibe and culture of this celebration, head to DOOLEYS Lidcombe Catholic Club.

Each year, the team at DOOLEYS host a special Lunar New Year celebration. We love an excuse for a party as much as anyone, so come and see in the Lunar New Year with us. Bring your friends or your family. Even the little ones are welcome to join in the fun.

This Lunar New Year it’s the “Year of the Tiger” and celebrations kick off on Tuesday 1 February. It’s always a great time and people of all ages will enjoy a memorable experience at DOOLEYS Club.

Arrive at 7pm to enjoy some traditional lion dancing, always a spectacle to behold. At 7.30 pm, the Mandarin Band will start to play, keeping members and guests thoroughly entertained. While you’re here, enjoy a feast in one of our restaurants. We’re offering some awesome food specials on the night.

The Lunar New Year also kicks off a month of feasting, where each week you can savour the cuisine of a different culture as DOOLEYS celebrates the Flavours of the World. The first week starts off with Chinese cuisine, followed by Filipino, then Indian for the third week and finishing off with Greek food.

As you can see, DOOLEYS is the ultimate location to celebrate the upcoming Lunar New Year 2022. There is so much to see and do at DOOLEYS at any time of the year but things will really be ramping up during this special occasion.

If you want more information on this celebration or anything else that might be happening at DOOLEYS Lidcombe, just check our website or give us a call and have a friendly chat with one of our staff members. We’re always happy to answer any questions you may have and consider becoming a DOOLEYS Club member to receive some special discounts on food and beverages.

Find out what's happening at your local DOOLEYS Club and stay across all the latest events, entertainment and member specials.
Read more
All Clubs, Club News, Community

Find out what's happening at your local DOOLEYS Club and stay across all the latest events, entertainment and member specials.
Read more