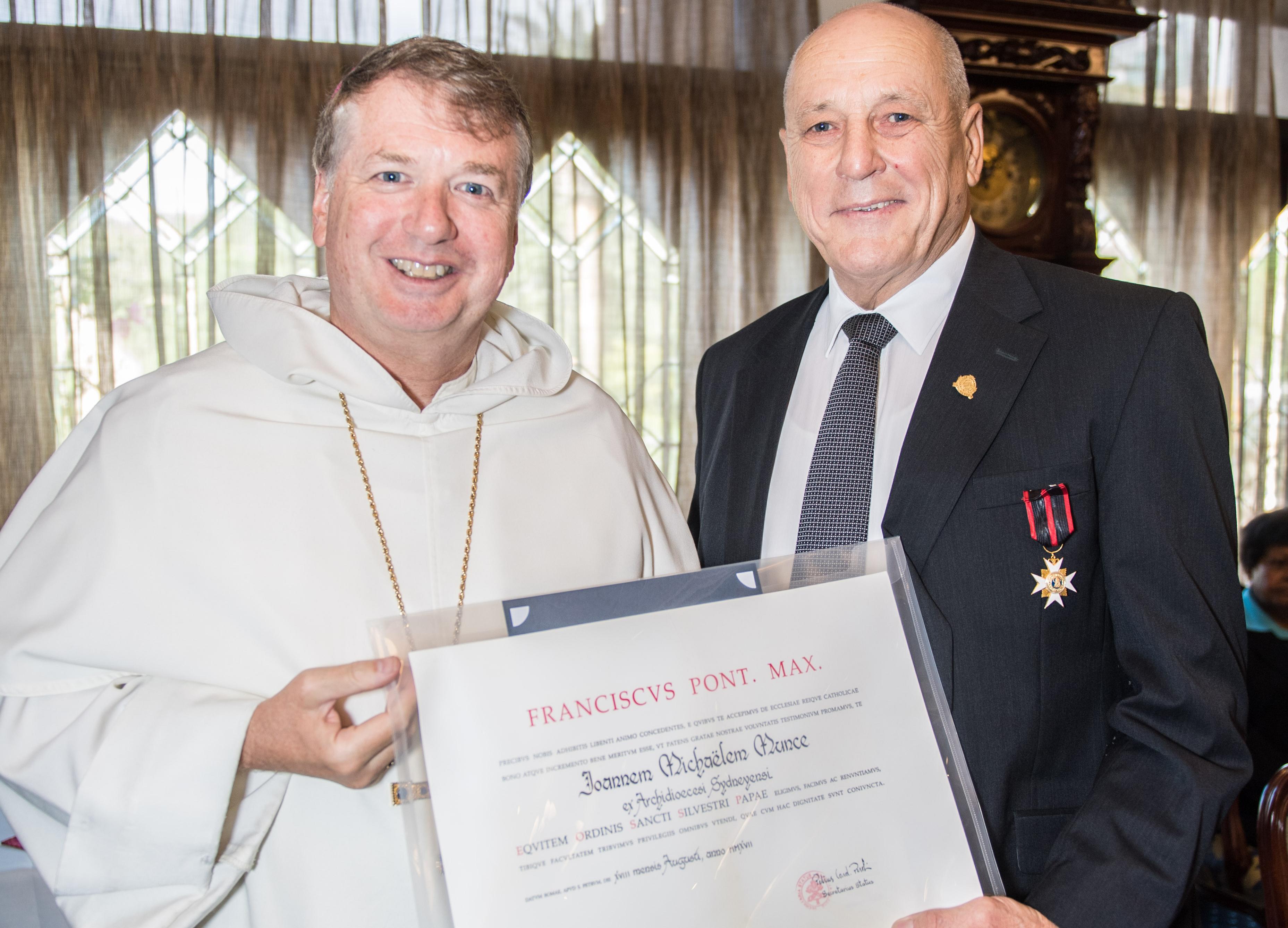 John Munce, Chairman of DOOLEYS Lidcombe Catholic Club, was among seven Catholics in Sydney who were presented with papal awards for outstanding service by Archbishop Anthony Fisher OP on Friday 9 March, 2018.
The papal awards highlight the extraordinary gifts of Sydney's Catholics, with Archbishop Fisher commenting that while the seven recipients were humble in being honoured, their examples of commitment to activities which bring God to others is inspiring to many in the community.

John Munce was made a Knight of the Order of St Sylvester for his long term and generous support of many activities of the Church within the Archdiocese of Sydney and the broader community. His commitment to his Catholic Faith is exhibited through his dedicated service in his capacity as Chairman of DOOLEYS.

Under John’s guidance, DOOLEYS is a leader in the provision of assistance to many charitable causes within the Archdiocese particularly its support for local parishes and schools in the Western Suburbs, as well as the broader community. This includes the Sydney Catholic Education Foundation, the Australian Catholic University and The Children’s Hospital at Westmead to name only a few.

Find out what's happening at your local DOOLEYS Club and stay across all the latest events, entertainment and member specials.
Read more
Community, Club News, Lifestyle